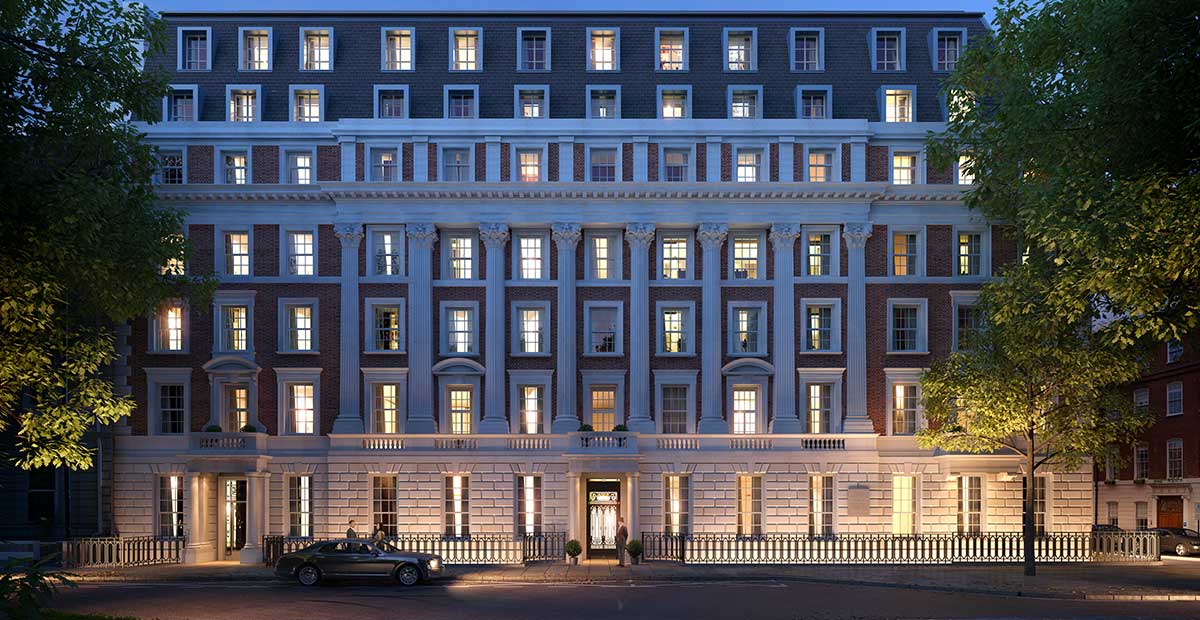 A fine example of early Georgian symmetry and proportion, the facade of this series of townhouses was of pale Portland stone and deep terracotta brick with elliptical arches, neoclassical columns and reed window surrounds. Now, 300 years on, nothing has changed. Apart from one big difference: every single brick and stone of No.1 Grosvenor Square has been completely dismantled, cleaned, restored, numbered and prepared for reassembly in exactly the same order, just like one enormous jigsaw puzzle. Like one giant anniversary secret, it’s currently secretively wrapped up, giving no clue to the extent of the operations in the 1, 55,000sq.ft. Of space within. Almost three centuries after its construction, one of the most prized addresses in London will finally be visible in all its restored glory. Right in the very middle of Mayfair, on the spot of the most coveted square of the board game Monopoly, the location doesn’t get more prestigious than this.

Mayfair has remained consistently exclusive since it was first developed in the early 1700s by Sir Richard Grosvenor, heir to the surrounding 100 acres of the West End and forbear of the current Duke of Westminster. 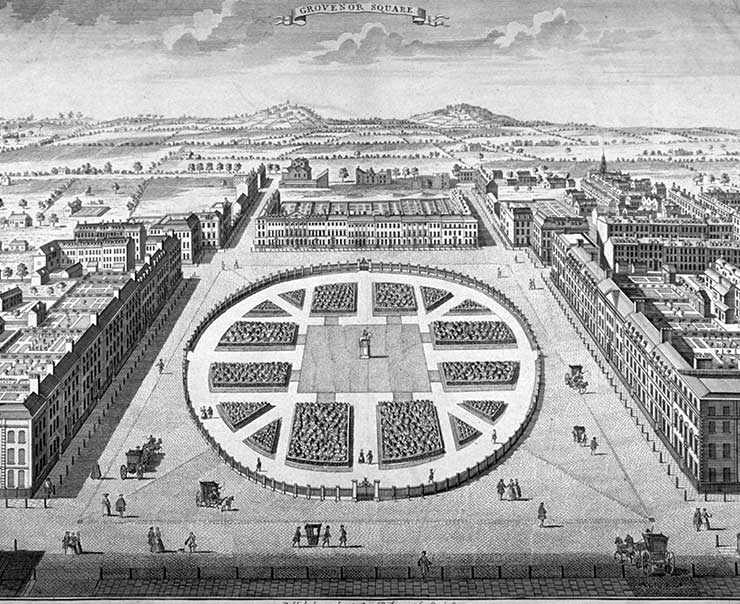 Hundreds of years ago, Mayfair Luxury retail is part of the elite neighborhood. Was all meadows and orchards. As the name suggests, it was the venue for a fair that was held annually in May. It passed to Sir Richard Grosvenor from his father, who had married into money and with it, Belgravia, Mayfair and most of the West End. It was in 1720 that he set about developing it into a fashionable residential address. Read More

Decoding Heritage- Stories behind the World's Most Renowned Landmark Addresses

Townhouse Living in the Heart of Mumbai

A Safe Haven - The Luxury that you Deserve

At Home in Nature

The Role of Heritage in Modern Luxury